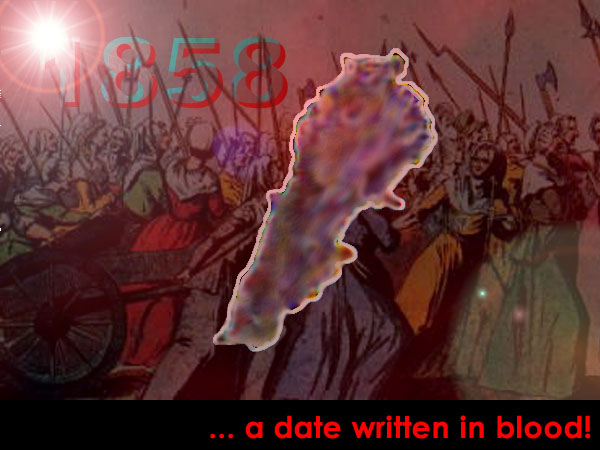 The study of history is really an account of what one person does to another, what one group does to another, what one nation or group of nations does to other nations. How people interact! More specifically Learning and discussing Lebanese history is vital for Lebanese to better understand present situations and solve them. Those who are familiar with the Bible may remember that Solomon is reported to have said, "There is nothing new under the sun!" In other words, he thought that all that mankind could experience had already taken place.

The one unchanging factor in all of mankind’s history is that the nature of man does not change. His surroundings change, his technological achievements change, his economic circumstances change, but the nature of men and women, in general, hasn’t changed in some six thousand years of man’s recorded history. As a result, this is the reason why those who fail to grasp or understand history, are, in turn, condemned to repeat it.

Lebanese Misunderstanding of the Role of Tanios Chahine and Results of the so-called 1858 Revolution:

Most people’s understanding of Lebanese history was shaped by what they learned at school. Unfortunately, the school curriculum in is sometimes simply incomplete or even wrong. Furthermore, it is a biased curriculum, wherein matters which were not agreed upon by politicians were prevented from being written in the books of history. A significant example is the Liberation war against in 1989

Currently in the Lebanese schools, they portray Tanios Chahine as a hero. In reality, Tanios Chahine was the complete opposite (We described his actions more in the articles that are posted in Causes of the Revolution, Results of the Revolution and Leadership). In summary, Tanios Chahine was used as a tool by the English and Ottomans to eliminate their historical rivals, the El Khazen family and to control the trade route from to . Unfortunately, the actions of Tanios Chahine lead to the suffering of the Lebanese, especially the Maronites during the 1860 massacres and the Ottomans regained complete control of Mount Lebanon. Instead of acting as the leader of the Lebanese and defend its people he went into hiding while the Lebanese people were being massacred.

Tanios Chahine did not attack people representing feudalism but instead his allies were feudal families. His revolution was a result of a power struggle from one side the Abi Lamaa family, and turkey and from the other side the Khazen. Furthermore, Tanios Chahine was supported by Feudalism (Abi Lamaa family) and foreign powers (, ) to end their political rival the Khazen family.

During the French revolution all the noble families were put aside from power or even eliminated. While during the 1858 revolution there was not a single attack against feudal families. So the question is did he end feudalism? Or did he support feudalism (Abi Lamaa) to eliminate political rivals of super power? If he was really against Feudalism why would he introduce himself as "Cheikh El Chabab?"

You could argue:Where we Stand depends on where we Sit. This is the main reason why we used in this website different sources from different famous historians and from different backgrounds and timeframe that described the historical events. The sources are mainly from: Priest Bachaalani, Priest Philippe El Khazen, Antoine Akiki, Kamal Salibi, Philippe Lenormant, and many others. The below paper will describe in complete detail: Causes of the Revolution and Results of the revolution from the sources.

You can view: "Results of the revolution" and "Leadership" sections.

Results of the revolution