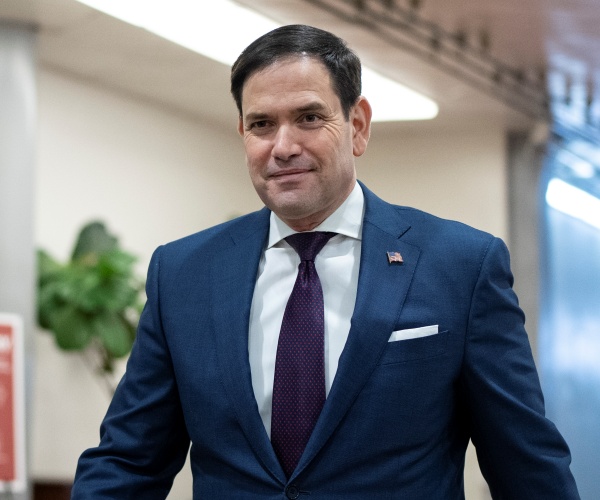 By Fran Beyer — newsmax.com — Sen. Marco Rubio, R-Fla., on Sunday said declaring a no-fly zone over embattled Ukraine “means World War III.” In an interview on ABC News’ “This Week,” Rubio said he’s “generally supportive” of providing fighter jets to Ukraine as it pushes back at Russia’s invasion. “A no-fly zone means World War III,” he said. “I think there are a lot of things we can do to help Ukraine protect itself both from air strikes and missile strikes. People need to understand what a no-fly zone means. It’s not a rule you pass that everybody has to oblige by. It’s the willingness to shoot down the aircrafts of Russia which is the beginning of World War III.”

According to Rubio, President Joe Biden is right to refuse a ban on Russian oil imports — and said the United States has to produce more American oil and buy less “or none at all” of Russia’s oil. “I think that’s something you can construct a plan to phase that in rapidly,” he asserted. “You could use reserves to buffer that. We have more than enough ability in this country to produce enough oil to make up for the percentage we buy from Russia.” Rubio declared the idea that banning Russian oil would raise prices on American consumers “is an admission that this guy, this killer, this butcher Vladimir Putin has leverage over us.” “Why would we want someone like him to have the power to raise gas prices on Americans?” he said. “I think we have enough of [U.S. oil].”

Rubio said the world is entering “the most dangerous part of this conflict” in Ukraine. “[Putin] is an authoritarian leader,” he said. “He doesn’t get a lot of bad news. Reporting bad news doesn’t get you promoted. I think we’re entering the most dangerous part of this conflict. As he begins to realize he can’t make the tactical advances he wants to make, I think he’ll do things that are cataclysmic.” “There are times when you reach points like this where there doesn’t seem to be an easy way out,” he added. “I hope I’m wrong. I hope I wake up tomorrow and there’s been a great negotiation and peace is here and people can get humanitarian aid and the shelling will stop. That’s what my heart hopes for. What I know about this man and know about Russia and know about his history tells me we have some way to go before we reach that. It’s not going to be a pretty journey to that point. There’s not a lot of good options right now unfortunately.”