US Embassy: US Nationals Should Leave Russia ‘Immediately’ 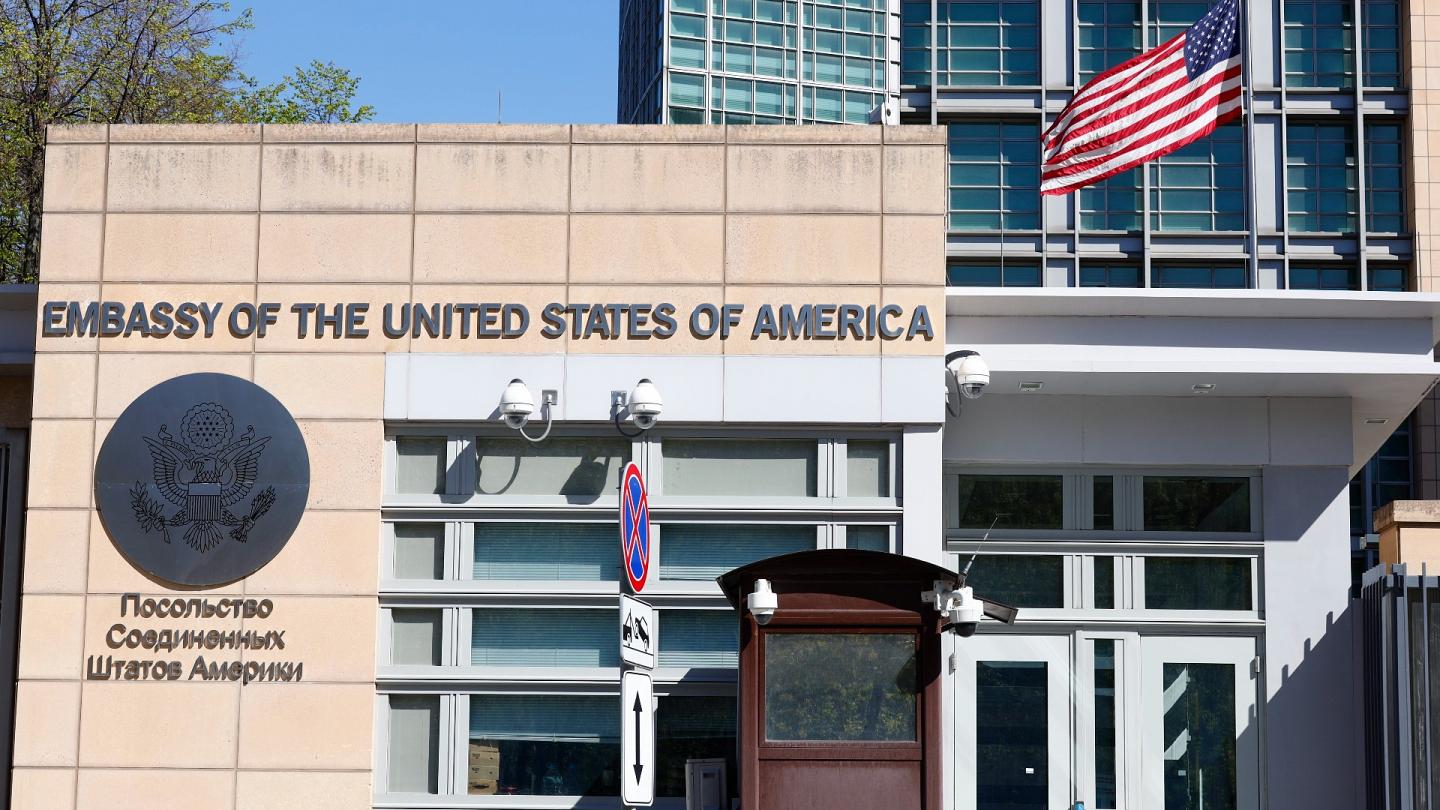 By Nick Koutsobinas and Eric Mack — newsmax.com – The United States Embassy in Moscow made an announcement telling all U.S. nationals to leave Russia “immediately.” “An increasing number of airlines are canceling flights into and out of Russia, and numerous countries have closed their airspace to Russian airlines,” a U.S. Embassy & Consulates in Russia security alert read Sunday. “U.S. citizens should consider departing Russia immediately via commercial options still available.” The alert comes after Vladimir Putin put Russia’s nuclear deterrence arsenal at the ready, pointing to the sanctions being put in place by the U.S. and other NATO countries. “This particular decision is not in response to the situation in Ukraine, not even what is going on in Ukraine right now, but as a response to American readiness to apply to sanctions,” Andrei Illarionov, senior fellow at the Center for Security Policy in Washington, D.C., told Sunday’s “Wake Up America” on Newsmax. “The situation now is unbelievably grave.”

The move is “incomparable” to any nuclear threat the world has faced to date, and the U.S. and NATO must respond in kind immediately, Illarionov told co-host Amanda Brilhante. “If the United States will not respond with adequate reaction to this decision, it means not only Ukraine but the whole Europe and at some point the United States will be under nuclear threat, direct nuclear threat,” Illarionov said in a dire warning. “That is why United States and NATO countries need to respond immediately, right now, to this nuclear blackmail of Putin.” Illarionov made an urgent call for the Biden administration to activate the U.S. nuclear deterrence arsenal. “That should be exactly the same,” he said. “It should be putting all nuclear arsenal of the United States and NATO on the highest alert – at least equal response to what Putin has done.”

Additionally, a security alert one week ago warned Americans to “carry proper identification, including a U.S. passport with a current Russian visa,” and to be on alert “in locations frequented by tourists/Westerners.” The alert also tells Americans to have “evacuation plans that do not rely on U.S. government assistance.” “According to media sources, there have been threats of attacks against shopping centers, railway and metro stations, and other public gathering places in major urban areas, including Moscow and St. Petersburg as well as in areas of heightened tension along the Russian border with Ukraine,” the alert read.

by metro.co.uk — by Tom Williams and Harrison Jones — Russia said earlier it was ‘ready’ for discussions after attacking its neighbour and has sent a delegation to Belarus. The talks are said to be taking place without precondition and on the border with Belarus, despite the Russian ally appearing to be readying itself to join the war on Vladimir Putin’s side. The Ukrainian president Volodymyr Zelensky had told his country in a video message he was prepared to begin talks but not in Belarus, which was a staging ground for the invasion. He named Warsaw, Bratislava, Istanbul, Budapest or Baku as possible alternative venues and made it clear other locations were also possible. But despite that, on Sunday his office said on the Telegram messaging app that the two sides would meet at an unspecified location on the Belarusian border. It did not give a precise time for the meeting.

The update came shortly after Putin ordered Russian nuclear forces to be put on high alert in response to what he called ‘aggressive statements’ by leading Nato powers. Despite the previous demands from Zelensky, Russia had already sent its officials to the Belarusian city of Gomel anyway. Kremlin spokesman Dmitry Peskov said ‘The Russian delegation is ready for talks, and we are now waiting for the Ukrainians.’ Ukraine’s presidential adviser Mykhailo Podolyak said the Russian delegation have arrived knowing ‘it is pointless’ due to his country’s refusal to meet on enemy territory. ‘They arrived in Gomel knowing that it was pointless. And now they say – “we are waiting,”‘ he said.

Ukrainian forces have so far managed to resist the Russian invasion/ ‘Zelensky’s position remains unchanged: only real negotiations, no ultimatums.’ Russia launched a fresh wave of attacks on key infrastructure sites in Ukraine overnight on Saturday after being frustrated by a lack of progress in the first few days of the invasion. There has also been street fighting in the second largest city of Kharkiv, which is located just 12 miles south of the Russian border. Zelensky said the night had been brutal, with shelling of civilian infrastructure and attacks on ‘everything, including ambulances.’

More than 100,000 people have fled Ukraine since fighting began (Picture: Reuters) But in his video message he remained defiant. ‘We have withstood and are successfully repelling enemy attacks. The fighting goes on,’ he said. The United States and its allies have imposed a range of sanctions on Russia in response to the assault. On Saturday, they moved to block certain Russian banks’ access to the SWIFT international payment system. They also said they would impose restrictions on Russia’s central bank to limit its ability to support the rouble and finance Putin’s war effort.