Will the debate over ‘mega centers’ delay Lebanon’s parliamentary elections? 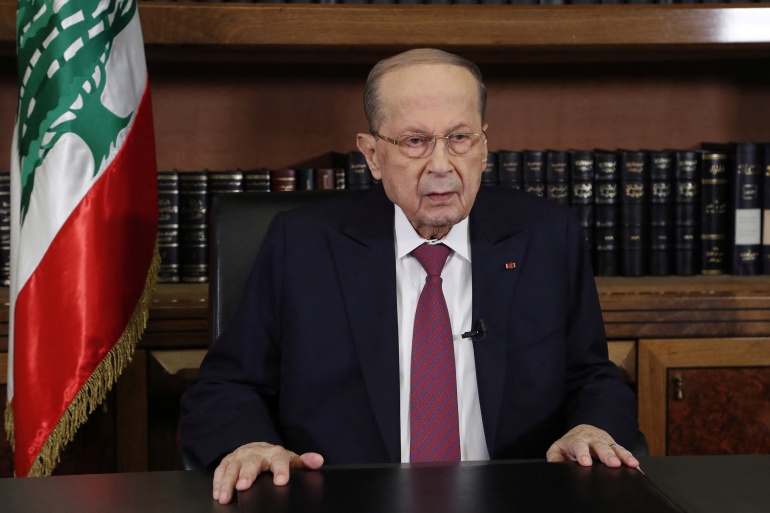 By NAJIA HOUSSARI — arabnews.com — BEIRUT: The Lebanese government is expected to make a decision on Thursday on whether to set up so-called mega centers to make it easier for people to vote in the country’s upcoming parliamentary elections. The aim of the facilities, which are favored by President Michel Aoun, is to allow voters to cast their ballots outside their area of registration, meaning they would not have to return to their hometowns to do so. However, it has been suggested that if the centers are created it could lead to the elections, currently scheduled for May 15, being delayed. After a ministerial committee completed a report into the issue, the Cabinet must now decide how to proceed based on its findings. If it approves the idea, a draft law would have to be submitted to parliament to allow the centers to be created. While Aoun’s camp said that “no legal measures were necessary to adopt the mega centers. It is very easy if the political intent is there,” the opposition said that “the issue requires legal amendments and will result in a very high financial cost.”

In the committee’s report, Tourism Minister Walid Nassar said: “The cost of establishing eight mega centers … does not exceed $2 million and they can be completed in no more than three weeks.” But Interior Minister Bassam Mawlawi said the technical requirements of setting up the facilities would lead to disruption. “The ministerial committee is against postponing the elections and insists on holding them on the designated date without any delay,” he said. The disruption would be caused by the need for the centers to have the “necessary principles and requirements in order to have a sound election,” he said. “It is not a tent that can be set up in neighborhoods with a ballot box on top of a table. It is way more complicated. “Mega centers without electronic connection, fiber optics and a central server that provides the necessary linkage are not actual mega centers, unless they want them to be like tents.” He added: “The company that will be in charge of this project will need up to three months to complete the task and link the main electoral centers to the mother server. Moreover, what applies to the Lebanese voters living outside the country should apply to voters residing in the country.”

Political observers said that the insistence of Aoun’s Free Patriotic Movement to establish mega centers aimed to “impose the extension of the current parliament’s mandate so that this same parliament elects the next president in the framework of a certain settlement.” The presidential elections are set to take place in October. But the FPM said its call for the establishment of mega centers was made in response to the change in circumstances since the 2018 elections. “This is due to the significant economic collapse the country has been suffering from since 2019 and because it would be difficult for voters to go to their villages due to the high cost of transportation,” it said. The huge spike in the price of gasoline — to close to 500,000 Lebanese pounds ($330) a gallon — meant that the centers would save the Lebanese people billions of lira, the FPM said. “In addition, the mega centers help free the voters of numerous restrictions, raise the participation rate and promote the legitimacy of the electoral process,” it said.

The FPM is concerned that the high cost of traveling home to vote will deter many people from doing so. But political observers said that other political parties, especially Hezbollah and Amal Movement, are opposed to the idea of the mega centers as it could dilute the influence they hold in small villages and towns. Other observers said that the FPM might be deliberately seeking to delay the polls to give it a greater chance of winning more parliamentary seats in certain regions. “The aim could be even bigger than that. It could be seeking to create a parliamentary vacuum in order to disrupt the next presidential elections,” one observer said. “That way, Aoun remains the president to run the affairs of the state.”

MP Mohammad Hajjar, from the Future Parliamentary Bloc that represents the Sunni majority in parliament, told Arab News that if parliament decided to extend its mandate, the bloc’s MPs would resign. “This decision has been taken and is irreversible. As for the postponement of the elections, that is a different story. We insist on holding the parliamentary elections on time. However, if an unexpected event occurs, that is a different matter.”