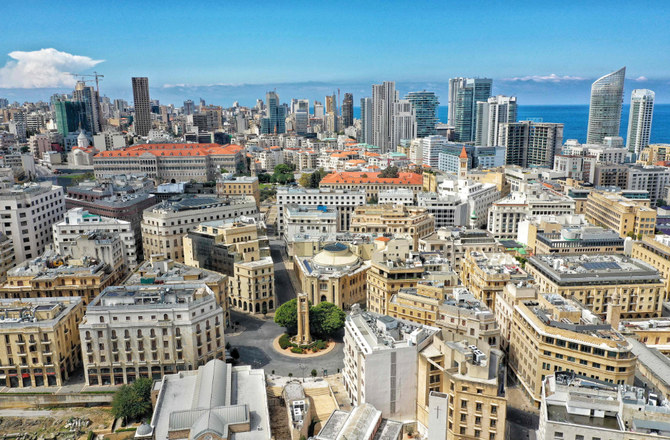 by arabnews.com — NAJIA HOUSSARI — BEIRUT: A US Treasury delegation on Tuesday held talks with officials in Beirut on the Lebanese government’s cooperation in combating money laundering and corruption, as well as the crisis in the Lebanese banking sector. The delegation — headed by Paul Ahern, principal deputy assistant secretary at the US Treasury; his deputy Eric Meyer; and a group of experts in financial crime — was following up discussions the previous day on combating terror financing, and illicit drug and smuggling operations, President Michel Aoun told US officials that Lebanese laws “are applied firmly and accurately in this field, and international financial institutions testify to that.” Aoun said: “Lebanon actively participates in international efforts to combat money laundering, and plays its role in the Financial Action Group for this purpose in the Middle East region. It also established the National Coordination Committee for Combating the Financing of Terrorism and the National Anti-Corruption Commission.”

The Lebanese leader pledged that the fight against corruption “will continue unabated during the remainder of the presidential term,” and cited the forensic audit of the central bank’s accounts as “one of its most prominent manifestations.” Aoun said that the capital control bill targeting foreign transfers and cash withdrawals from banks in Lebanon is due to be approved by parliament before its mandate ends in May. He also thanked the US for its support for Lebanon’s army , as well as humanitarian, development, health and educational assistance. The US delegation on Monday met Parliamentary Speaker Nabih Berri, Prime Minister Najib Mikati and Interior Minister Bassam Mawlawi to discuss the fight against terror financing, and drug and smuggling operations, as well as the country’s preparations for parliamentary elections in May. Talks focused on sanctions against Hezbollah and figures close to the party over illegal finance operations. According to Lebanon’s Almarkaziya news agency, the meeting discussed the continuing investigation into Riad Salameh, the central bank governor, and its likely impact Lebanon’s financial and monetary stability.

Observers said that the delegation’s visit is proof that the US will refuse to tolerate any reluctance by political, financial and banking authorities in Lebanon to apply US sanctions, especially when it comes to corruption and terrorism financing. US officials also discussed Hezbollah’s financial arm, the Al-Qard Al-Hassan Association, which is subject to US sanctions. Meanwhile, an IMF delegation headed by Ernesto Ramirez continued talks with Lebanese officials, including Mikati and Berri, on the country’s financial and economic recovery strategy. The IMF is waiting for Lebanese authorities to begin acting on promises of reforms required by the international community, including an electricity plan since this issue alone is responsible for about half of the deficit in the state’s general budget. Despite high-level talks during the past two weeks, the government has been unable to reach a final formula on the plan.